Juneteenth is celebrated on the 19th of June. It represents the day of delayed liberation of Black people in the United States. It dates back to 1865– two and a half years after President Lincoln’s Emancipation Proclamation– when Union soldiers arrived in Texas and told the news that the Civil War had ended and enslaved peoples were now free.
This day reminds us that despite the granting of the legal rights to freedom, the South fiercely resisted the Emancipation Proclamation until forced to by the arrival of troops. Juneteenth showcases that no people are free until all people are free. July 4th is usually celebrated by most Americans as a day of independence but at the time Black Americans were not even considered people. Since the late 1880s Juneteenth has been a time of celebration for African American people.
It is important to keep these celebrations close to your heart, to remember the oppression which your people had to overcome, to reflect on the rights that are still threatened today. President Trump’s plan to hold a rally in Tulsa, Oklahoma, on Juneteenth is considered an act of aggression considering how painful the memory of the 1921 massacre of Tulsa’s black community is for so many. Once the home of one of the country’s most thriving black business communities, Tulsa’s Black Wall Street– 35 square blocks of the Greenwood (business) district– was destroyed and, by most estimates, hundreds of Black citizens were massacred. Not until almost a century later– this year– was the massacre included in the Oklahoma school curriculum.
Juneteenth is a day for African American people to band together to celebrate the end of slavery in the United States, as well as an occasion to reflect on the need to continue the struggle against mass incarceration, profiling, institutionalized racism, and colorism. While you’re celebrating with your family this year, relax, have a good time, and also remember that it is our duty to know our history and our duty to continue to fight for the uplifting of those who are oppressed. 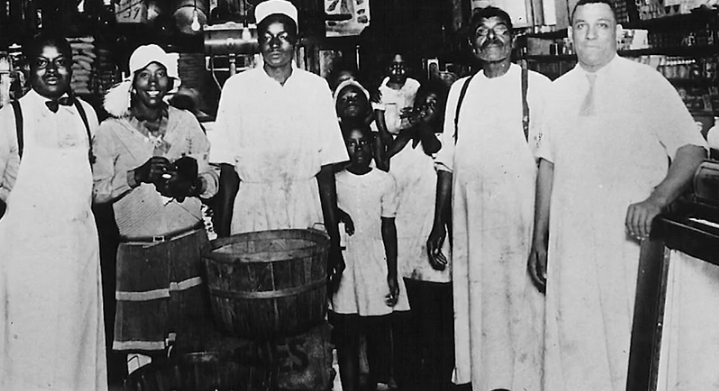 These photos of Tulsa and the header photo of a Juneteenth celebration in 1900 in Austin, Texas, can be found in the archives of the National Museum of African American History and Culture (nmaahc.si.edu).