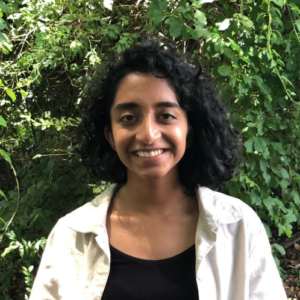 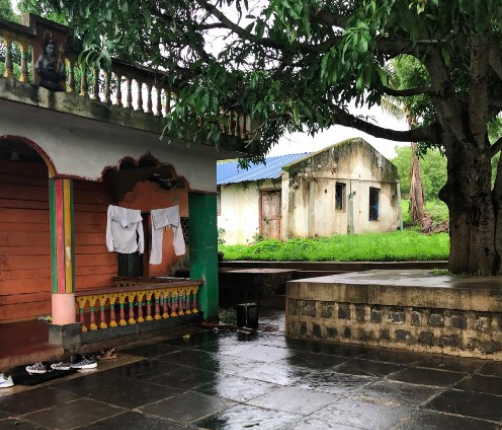 My grandmother and I have never had a conversation. Not because she isn’t alive⁠—she very much is, and lives nestled in the foothills of Belagavi, Karnataka, India, some 3000 miles away. My grandmother, Parvati Patil, is 79 years old. She speaks no English, only a folk dialect of Kannada, my mother tongue and the official language of Karnataka.

I have only spent time with my grandmother in hurried spurts and intervals, stolen away during the summer vacations of my childhood. I have very rarely spent time with her alone. If we do interact, it’s usually in the mornings, making chai in near silence while the monsoon brings rain and wind to our doorstep. Sometimes she’d make fun of me for taking my chai without biscuits, a slightly aggravated
edge in her voice as she complained about my eating habits. The most I could do was smile sheepishly⁠—I didn’t know how to put words together to provide a suitable excuse.

These moments with my grandmother flit by in my memory now, only retrieved during the occasional contemplation as I live my life here in North Carolina. I don’t know if she ever thinks of me. The yearlong intervals between visits back home are peppered with phone calls that feel more awkward and stilted than anything else, with bad internet connection and my severely limited vocabulary.

I’m doing well. Have you had dinner?

Yes. How is school?

Good. I have lots of homework. Do you want to talk to my sister?

Every conversation is like this. This is the most either of us can say to one another⁠—limitations in language working in tandem with the absence of familiarity and shared experiences.

I have no way to accurately measure the loss or account for the many missed conversations and moments I could have otherwise experienced with my grandmother. To imagine our relationship being different is to effectively imagine a completely divergent existence, one where my father decided not to pack his bags and move to Miami in 1996, leaving his mother and father and three sisters behind. What would my life be like if my family had never left India? Who would I be if I’d grown up with my cousins in Belagavi and spoke fluent Kannada? How different would my life be if I could have the conversations I’ve longed to have for as long as I can remember?

There comes a point when contemplating alternative realities becomes a rabbit hole, and that is when I give it up and settle for stilted phone conversations and silence over chai every few years or so. I look at my grandmother’s eyes and there are so many stories wrestling within, so much life lived that I want to ask her about but don’t have the words for. There’s so much I’ll never know.

What I do know is that I see her cry every time we arrive on the doorstep of our Belgaum house, often after intervals of several years. She’ll size up my growing adolescent brother and my slowly graying father with wide, watery eyes. She’ll take locks of my hair between her fingers and rub them together slowly. She’s never loud or showy. My grandmother cries when we arrive and she cries when we leave.

My internal reaction to her crying always shocks me, and I feel guilty afterwards, because my knee jerk response to her tears is anger. She doesn’t know me. She’s never spoken to me about anything real. How can she have the audacity to cry when I’m a virtual stranger to her? I’m a stranger who shares her son’s facial structure and unfortunate temper, but a stranger nonetheless.

For the longest time, I thought that to her I was nothing more than a biological interface through which my grandmother saw her son, saw her bloodline, saw all that her mothering and labor and hardy love had produced in the manifestation of yet another young skinny brown girl, distinct in a country of so many because I carry my father’s name sandwiched between my own⁠—a 13 letter long proof of ownership.

I thought that quietly perhaps she lamented that I was a girl⁠—I resemble my father in physical features so much already, and if I was a boy the similarities would only be more striking. I thought and I assumed so much of what my grandmother thought about me. I contemplated how when the name “Veda” is spoken in her presence perhaps it evokes pride and pain in equal measure⁠—assuming, of course, that it evokes anything at all. Pride because I am her son’s daughter and our cheekbones curve the same way. Pain because she might know the way my nose is bent but she will never know the words I speak, the worlds I inhabit, or the places I have yet to go.

Yet despite my grandmother not knowing me the same way my friends and family know me, when I visited India this past summer I felt differently about our relationship. The last time I saw her was when I was 17 years old, the summer before I was about to apply to college. As I write this, I’m 20, and I spend my time outside of class and over the summer working in the neighborhoods of Northside and Pine Knolls in Chapel Hill; a community which is full of active people⁠—and women, in particular⁠— who exist in the same generation as my grandmother. These are people I know, or knew, by name⁠—Mama Kat, Ms. Addie, Ms. Gladys, Ms. Louise. They are effervescent, bright and active figures in my daily landscape. They run food ministries and operate businesses and wave at me from their front porches when I deliver newsletters to their doorstep.

Compared to the elder residents of Northside, my grandmother appears in my mind’s eye as an ancient relic from another universe entirely, eternally shrouded in the monsoon fog, speckled with morning dew as she wraps her sari ever tighter around herself. Despite it being unfair, I find myself comparing her to the women I know here. When did she become so especially small and quiet and irritable? When did her life begin to rotate around three things, and three things only⁠—her son, her bed, and her TV shows? Was the scope of her existence always this small?

It is a uniquely painful reckoning to understand my place amongst both countries, suspended as I am between two completely separate lived realities. How striking it is to be able to practice the mantra of “Listen, and listen again” and comprehend the narratives, triumphs, and dreams of people in Northside, and yet not be able to apply the same practices and experiences I’ve learned at the Jackson Center to my own people. That there is so much to be said and learned from the matriarchs of my family that I will likely never know. Generations of pain and lessons learned, decades and decades of life experienced during some of the most tumultuous periods of modern Indian history. Who will be left to carry those stories on?

At the Jackson Center, the instinct is always to listen and preserve. Listening facilitates understanding. Preservation ensures the understanding of generations yet to come and attempts to resist the oblivion engendered by the passing of time. I’ve learned that silencing is yet another tool of white supremacy and oppression, because to render people silent is to render their humanity invisible. This revelation applies to so much of how I now understand and encounter the world⁠—it pertains to local oral histories in Northside and the larger narrative of the modern global order, dominated as it is by the legacies of colonialism, the spurring force of neoliberalism, and the way both have worked to ensure the prosperity of the few at the expense of the humanity of many.

At first glance, it’s difficult to see how capitalism and the global order have anything to do with my relationship with my 4’10”, aging grandmother. And yet my inability to listen and know her is rooted in circumstances which are extremely personal, yet also indicative of something much larger. If there’s anything I’ve understood from my work, it’s that listening is subversive⁠—radical, even⁠—and I am so grateful to be able to do just that with the remarkable people of Northside. But I’ve also realized that as I do this work, my grandmother’s mute face will never leave me. She persists in the back of my mind even as she exists 3000 miles away, oblivious to the fact that even while still living, she haunts me.

This essay is an ode to my amma, my ajji, Parvati Patil: an acknowledgement and an apology, a tale of remorse and a love letter⁠—not just to her but to generations of unseen and unheard women. They exist in Belagavi, Karnataka and Chapel Hill, North Carolina. They exist all around the world. I might never be able to understand the women I come from, but I have the opportunity to know the women who exist in Northside here and now. I am so glad to know them, and I am endlessly grateful and in awe of my ability to listen to their stories⁠—a privilege and an act of grace and revolution that I can no longer take for granted.