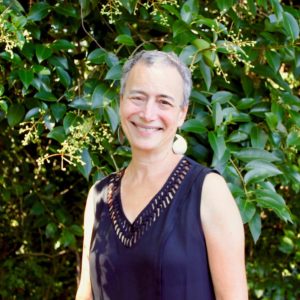 Della Pollock is a recently retired Professor in the Department of Communication at the University of North Carolina at Chapel Hill and the founding Executive Director of the Marian Cheek Jackson Center for Saving and Making History.  Currently, she leads the Jackson Center’s public history work as the Mellon Project Director. Pollock served as the Interim Director of the Southern Oral History Program at UNC at Chapel Hill 2011-13 and as the founding Director of the University of Program in Cultural Studies.  She is the editor of two volumes—Exceptional Spaces (1998) and Remembering:  Oral History Performance (2005)—and the author of Telling Bodies Performing Birth (1999).  She has published widely on the work of the Jackson Center and has offered related, invited lectures at Columbia University (with Senior Director, Hudson Vaughan), the College of Charleston, the Sibelius Academy (Helsinki), Northwestern University, the University of Texas at Austin, and California State University, Fullerton.   Pollock is the recipient of multiple awards for teaching and scholarship, including the Bank of America Professorship, the Robert L. Sigmon North Carolina Campus Compact Service-Learning Award, and the Office of the Provost Award for Engaged Scholarship.  She has two kids, of whom she is extremely proud, and a sweet dog–who keeps her in line.