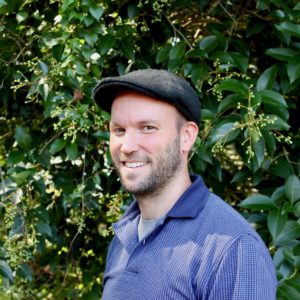 Hudson Vaughan is the Interim Executive Director and Co-Founder of the Marian CheekJackson Center.  He grew up in Memphis, Tennessee, in a community where a diverse group of neighbors took up the fight for the future of the community through creative community development — and continues to combat gentrification today. After graduating from UNC in 2008, he became grounded in Chapel Hill because of the power of Mrs. Jackson, Pastor Troy Harrison, and Della Pollock’s vision for radical Beloved Community grounded in history. Prior to the Jackson Center, he worked for the Southern Oral History Program and served as an Interview Fellow for the Breaking New Ground Project. During his time at the SOHP and the Jackson Center, he has conducted over 200 interviews, created an undergraduate oral history internship program, processed dozens of interviews now available at the National Museum of African American History and Culture, and coordinated several oral history and documentary projects. In 2016, Hudson was the Alumni Recipient of the UNC Diversity Award for his role in the formation of the Northside Neighborhood Initiative, a multi-million dollar housing initiative aimed at retaining long-time neighbors, providing affordable housing opportunities for families, and ensuring a diverse future for one of Chapel Hill’s most historic communities. He lives in Northside in one of the historic stone houses with his wonderful wife, Maggie, and newborn son, Charlie.